The Angelaeon Circle and beyond! 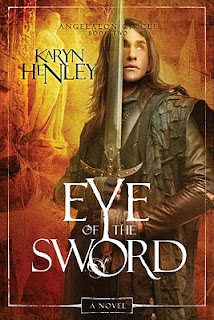 Eye of the Sword ended up being great. Trevin was so close to having both of the last two harps. There were so many obstacles and twists and turns that you really feel for Trevin. Overall, I would rate Eye of the Sword 5 stars! The only difference I would've made was to incorporate Melaia and palace life while Trevin was travelling. 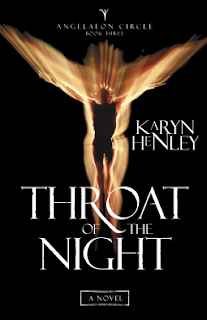 I've started reading Throat of the Night, the last book of the trilogy. So far in the first quarter we get to read about both Trevin and his trip as well as Melaia at the palace. I really missed that element in Eye of the Sword. Throat of the Night is expected to be released March 12, 2013. I will be posting a promo post on release day just because I loved the series so much! (The first two books I owned; the 3rd book I received free of charge in return for my honest opinion from NetGalley.)

I'm hoping to finish Throat of the Night no later than Monday so I can begin reading the next book I'm excited about called The Bridge of Deaths by M. C. V. Egan!
Posted by Unknown at 2:33 PM