The Angelaeon Circle Book One: Breath of Angel 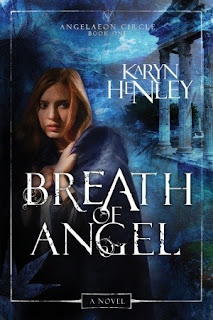 “The stranger’s cloak fell back, and with it, a long, white blood-stained

Melaia, a young priestess, witnesses the gruesome murder of an emaciated stranger in the temple courtyard. Just after she discovers wings on the stranger, the murderer enters the temple, and what Melaia has known only through song and story suddenly takes on flesh. Angels and shape-shifters were myths and stories . . . until now. Melaia finds herself in the middle of a blood feud between two immortal brothers who destroyed the stairway to heaven, stranding angels in the earthly realm. When the feud turns violent and Melaia becomes a target, she finds refuge with a band of wandering angels attempting to restore the stairway. But the restoration is impossible without the repayment of an ancient debt, the “breath of angel, blood of man,” a payment that involves Melaia’s heart, soul, and destiny.


For a series, the first book had a solid ending. The goal of the first book is accomplished by the end of the book and does not leave the reader hanging off the cliff waiting for the next installment.  This is a great book that includes adventure, suspense, and a hint of romantic interest. I would recommend Breath of Angel to all readers. 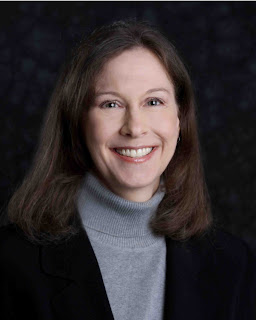 Award-winning author Karyn Henley has written more than 100 titles, including a mix of children’s books and articles; parent-teacher books, articles, and curricula; and preschool musicals and CD’s/DVD’s of original music for children. Karyn revitalized the category of children's Bibles when she wrote the original The Beginner's Bible, which sold over five million copies and was translated into seventeen languages.
Venturing into the young adult market, Karyn’s first book of The Angelaeon Circle, Breath of Angel, hit bookshelves in June 2011 from WaterBook Press (Random House), followed by Eye of the Sword March 2012. She releases the final planned installment of the fantasy trilogy, Throat of the Night, just one year later.
An accomplished songwriter, Karyn has been a Dove Award nominee and received a regional Emmy Award as Music Composer for a Christmas television special. She has traveled worldwide speaking to parents and teachers about child development and communication with children and teens, as well as entertaining children and their families in storytelling/active movement sessions and concerts.
A graduate of Abilene Christian University (BSEd), Karyn received a Master of Fine Arts degree in Writing for Children and Young Adults from Vermont College of Fine Arts in 2004.
Karyn lives in Nashville, Tennessee.
Website: KarynHenleyFiction.com
Twitter: @KarynHenley
Facebook: Karyn Henley